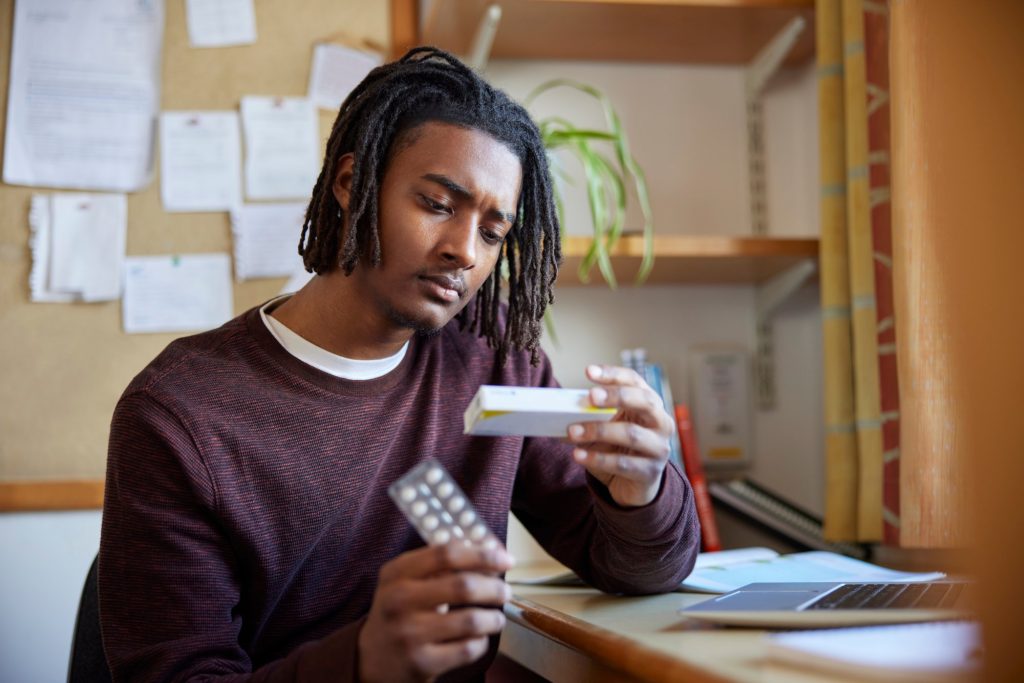 College is challenging. For many students, it’s also exhausting. Many seek out additional focus to keep their grade point average up and balance the competing demands of their academic pursuits and their social lives. The abuse of ADHD medications, commonly referred to as "study drugs," is on the rise.

Study drugs are a subset of cognitive-enhancing or “smart” drugs that are commonly used by college students to help them study for classes, write essays, take tests, and handle the stress of being in school. One study estimated that study drugs, or “speed,” is abused by approximately 18% of college students, which is double the ate of opioid abuse.

Smart drugs are often used as alternatives to drinking coffee or energy drinks to remain alert and focused for long periods of time without falling asleep. Students who use these drugs report an increased ability to focus on reading assignments, studying for tests and writing papers. Some users claim they improve memory recall and make it easier to understand new information after reading something once before. What many students don't realize, though, is that abusing "study drugs" can have severe consequences, including addiction and overdose.

If you or your loved one is abusing stimulants such as Adderall or Vyvanse, it is crucial to get help as soon as possible. Sober living homes can support college students as they attend classes while recovering from addiction.

What are “Study Drugs”?

Study drugs are stimulants that are prescribed for medical conditions, such as attention deficit hyperactivity disorder (ADHD) or narcolepsy. They are also called “smart drugs” because many users report that they improve concentration and memory. There are two types of prescription stimulants, the most common of which is amphetamine, which is found in Adderall, Vyvanse, Dexedrine and other drugs. The other type of prescription stimulant is methylphenidate, which is found in Ritalin, Concerta, Metadate and Methylin. Although methylphenidate is a stimulant, it works differently than amphetamine.

Increased energy, attention, and focus are the first positive effects that students notice when they take prescription stimulants. Many people who use study drugs report that they can stay focused and concentrated on one task for longer periods of time. Many also say they feel less tired when studying and writing papers. Increased cognitive abilities are also commonly reported. There is also evidence to suggest that those taking prescription stimulants become more creative and more able to solve problems. Another common side effect of taking stimulants is not feeling hungry and losing weight. In fact, some young adults seek out the decreased appetite side effect specifically, in the context of an eating disorder. This is also a potential problem for those who are taking them for medical conditions, as it is likely to lead to malnutrition.

Those who abuse these drugs for non-medical reasons report feeling a “high” or euphoric sensation. They may also become irritable or impulsive and experience insomnia. Most people begin walking down the path toward addiction when they start taking more than prescribed. Those who abuse study drugs often take higher doses than the recommended amount. For example, one doctor may prescribe 10 mg of Adderall per day, while another prescribes 30 mg per day. The latter person might take two pills a day to get a higher dose, whereas the former person would take one pill per day. Another danger of taking too much of a prescription stimulant is that it can lead to a dangerous overdose.

Consequences of Abusing Adderall or Vyvanse

If you or your loved one is abusing study drugs and taking more than prescribed, there are a number of potential consequences. One is that you risk developing an addiction to the drugs, which can lead to more severe consequences. Physical dependence and withdrawal symptoms will begin to set in. Being physically dependent means that the body has developed a tolerance and withdrawal symptoms will occur if the drug is stopped suddenly.

Long term Adderall and Vyvanse abuse has an extremely negative impact on health. Abusing study drugs can also lead to a number of serious health problems, including heart damage, seizures and psychosis. Finally, abusing study drugs can lead to devastating social and legal consequences, such as losing a scholarship or getting kicked out of your dorm. A person who initially took speed to do better in their classes may find themselves eventually kicked out of their university.

The Dangers of Mixing Study Drugs

The dangers of taking study drugs are compounded when they are mixed with other substances. Mixing two stimulants, such as Adderall and another stimulant, such as Vyvanse or Ritalin, can lead to an overdose. Mixing a stimulant with a depressant, such as alcohol or marijuana, can lead to serious health problems. This is because the central nervous system becomes overwhelmed by the contradictory effects, resulting in respiratory depression, which can cause permanent organ damage and even death.

College is a time of great change and growth, and many students go through a transitional phase in which they experiment with various substances and behaviors. While some experimentation is expected, there is a fine line between exploring and abusing drugs and/or alcohol to the point of addiction. If you or a loved one is struggling with substance abuse, there is hope and help available. Enrolling in a sober living can be a critical first step when it comes to creating a safe and supportive environment for recovery from addiction. Contact us to find out more.