Drinking in Secret: Signs of a Problem 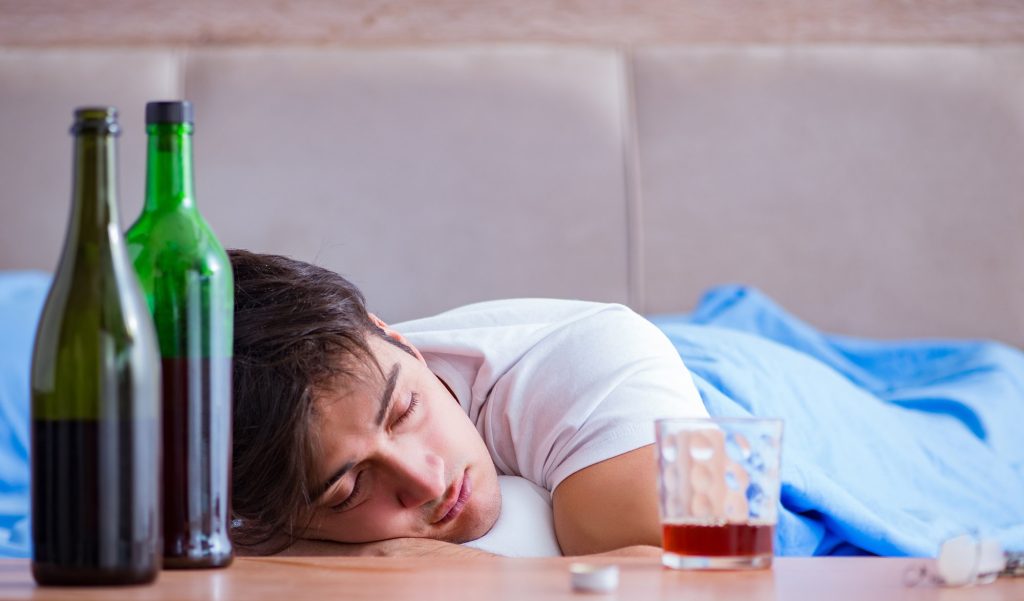 Drinking in secret is a red flag. Drinking alone, in the car, or at other private locations can signal a problem. In fact, research shows that drinking in secret is a risk factor for alcohol-related problems and even alcohol use disorder. Even if someone has no plans to drive home after drinking or doesn’t plan on drinking more than one or two drinks, having a drink in secret may indicate an increased risk of developing an alcohol use disorder.

It’s also important to know how much someone drinks on average so you can identify if their habits are concerning. Drinking too much booze can increase your risk of serious health complications and even death from alcohol poisoning, especially when consumed on an empty stomach and/or over time. Here are some signs that indicate someone may be drinking in secret — and how you can help them find support before their drinking gets out of hand.

Watch for changes in behavior and mood.

If someone you care about is secretly drinking, you may notice changes in their behavior and mood. The signs of a drinking problem vary depending on the person’s situation, but there are common warning signs of alcohol abuse that can be identified in anyone. Since alcohol abuse is often accompanied by other negative behaviors, such as abuse of prescription medications, illicit drugs, and/or poor diet and exercise habits, these can also signal a problem. And if someone is drinking but not engaging in other unhealthy behaviors, then this may suggest that their drinking is a problem.

Feelings of guilt and shame

One sign that someone is secretly drinking is feelings of guilt and shame. Drinking in secret is itself a sign that someone doesn’t feel comfortable with their own alcohol use. If someone is hiding their drinks, they may feel ashamed of their behavior and wish they could stop. If you notice that someone is feeling guilt and shame about their drinking, this could indicate that they’re engaging in secret alcohol use. You can also look for other signs of secret drinking, such as hiding alcohol or not wanting to drink in front of others.

Another sign that someone is secretly drinking is the presence of hidden alcoholic bottles. Alcoholic beverages come in a variety of containers, but bottles are one of the most common. If a person is secretly drinking, they may be storing bottles of alcohol in unusual places. These places may include closets, under their bed, or behind other objects in cabinets. You may also notice a sudden increase in the amount of alcohol bottles in your loved one’s household.

Breath, body, and clothing can reveal what beverages someone has been consuming. Alcoholic beverages all have distinct smells, and the smell of alcohol can be detected on someone’s breath, body, and clothing even after they’ve finished drinking. If you notice an unusual smell on someone after they’ve been drinking, this could be a sign they’ve been secretly consuming alcohol. Be aware that a slight smell of alcohol on someone’s breath is not cause for concern. But a strong, noticeable, constant smell of alcohol may indicate that someone is secretly drinking.

When you drink too much, it can quickly become a problem. Drinking in secret is often a sign that someone has an alcohol use disorder (AUD). An AUD is a chronic disease that is also sometimes called “high-risk drinking” or “at-risk drinking.” Approximately 14.5 million people in the United States suffer from alcohol use disorder. People who have an AUD typically drink more than most healthy adults and experience negative consequences as a result of their drinking. A person who drinks in secret may have an AUD and therefore risk the health of themselves, friends, family members, and even strangers. Drinking secretly is not something to be embarrassed about but rather something that should be taken as a sign to seek professional help for an alcohol use disorder.

If you notice any of these signs that someone is secretly drinking, try not to judge. Remember that judgment and criticism will only push someone away from getting help. Instead, try to be supportive and understanding. Be sure to let the person know that you care about their health and well-being, and that you want to help them find support they may not know they need.

Find out if they’ve been diagnosed with a mood disorder, such as depression or anxiety, and if they’re taking medication for the condition. Learning about their unique situation and circumstances may help you understand why they’ve been secretly drinking. For instance, some people with mood disorders, especially anxiety, may self-medicate with alcohol. If you think a loved one secretly drinks alcohol, you can help them by showing them compassion and support, and encouraging them to get help. Don’t judge or criticize their drinking — this will only push them away.

Encourage your loved one to enroll in a sober living program. You could save their life. In a sober living home, residents live in sober environments where they are unlikely to encounter triggers. If they feel a compulsion to drink, they will have a strong support system to fall back on. Moreover, residents work daily with each other and with staff members to develop new skills and a new sober way of life. Residents of sober living homes are far less likely to relapse even years afterwards. If you are ready to get help for yourself or your loved one, reach out to Bridges Sober Living Apartments today!